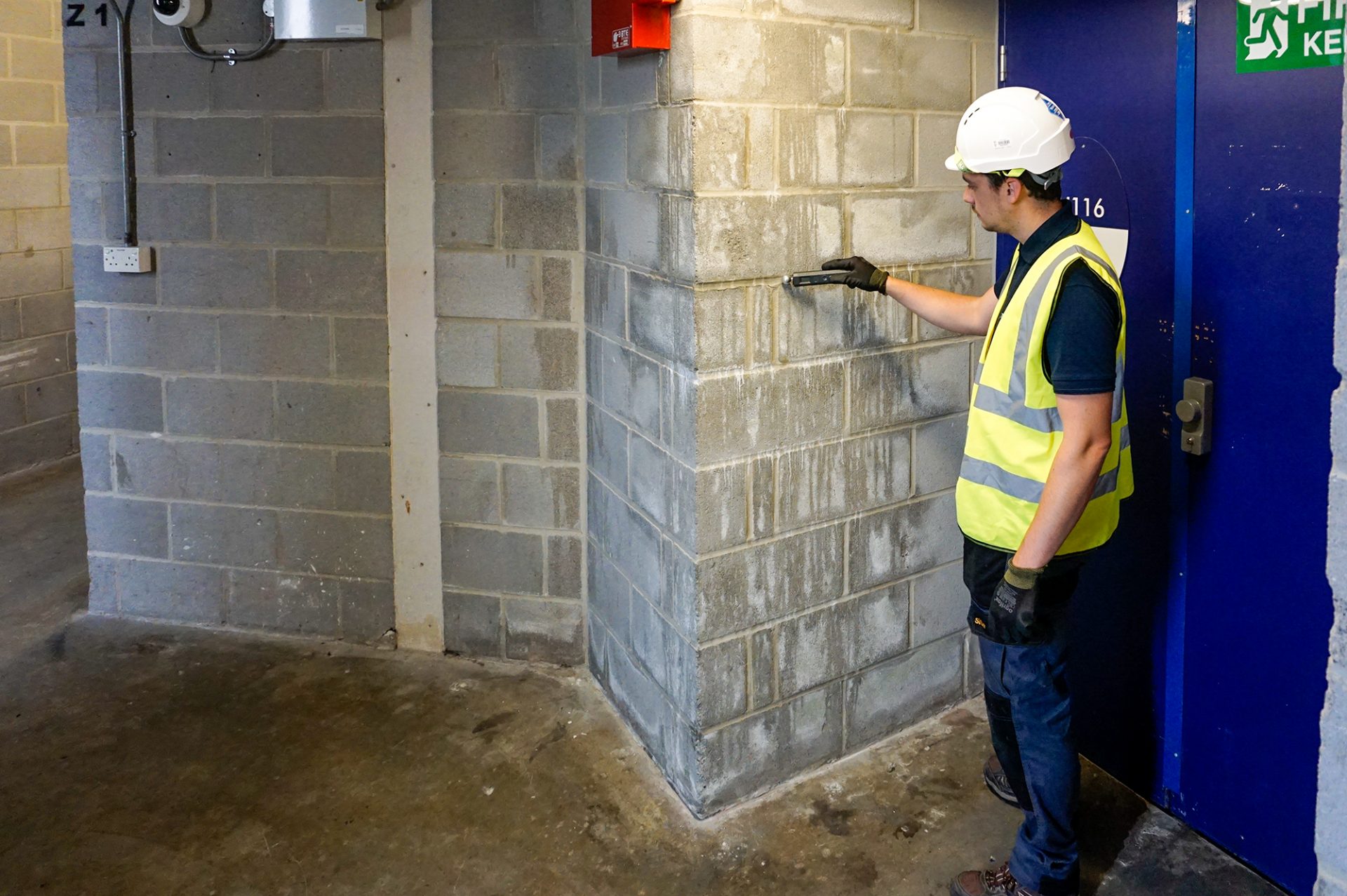 Thornton Consulting were recently appointed by a commercial property agent to undertake internal  moisture profiling of a large basement in West London.

The building was originally built in the 1970’s and had recently been remodelled bringing it up to date, offering office and retail space in this popular part of London. Following completion of construction works and refurbishment of the building, there was a requirement to establish levels of damp throughout the basement prior to occupation by tenants.

A moisture profile test of the basement was undertaken, recording data for walls, floor and ceilings, plotted at regular intervals throughout the structure. This was depicted on drawings providing a graphic illustration of the varying levels of damp and in particular, the areas with highest levels of moisture. The test equipment is highly sensitive, therefore small changes in moisture level can be recorded and subsequent changes monitored accurately. Since water had entered the basement during construction, the data indicated areas where drying out of the structure was most required.

Later, a re-test was undertaken with changes in moisture evident throughout, confirming the structure to be in the process of drying out. Variations in moisture were, once again, represented on drawings.

Moisture profiling is also a useful technique in building leak detection. Plotting of varying levels of moisture can give an indication of the point of water ingress, allowing the technician to concentrate leak investigations in the most appropriate location and can be particularly useful when large areas of a structure require assessment.

This is also a used when monitoring internal leaks during external tests such flood or simulated rainfall testing. Small changes in moisture can easily be detected indicating the source of the leak has been found.

Many of the devices commercially available today for locating damp in buildings only require surface contact with the structure to accurately measure levels of damp rather than penetrating probes. We have found this to be particularly useful in residential situations where minimising marking or damage to internal finishes such as plasterboard or wallpaper is a priority.