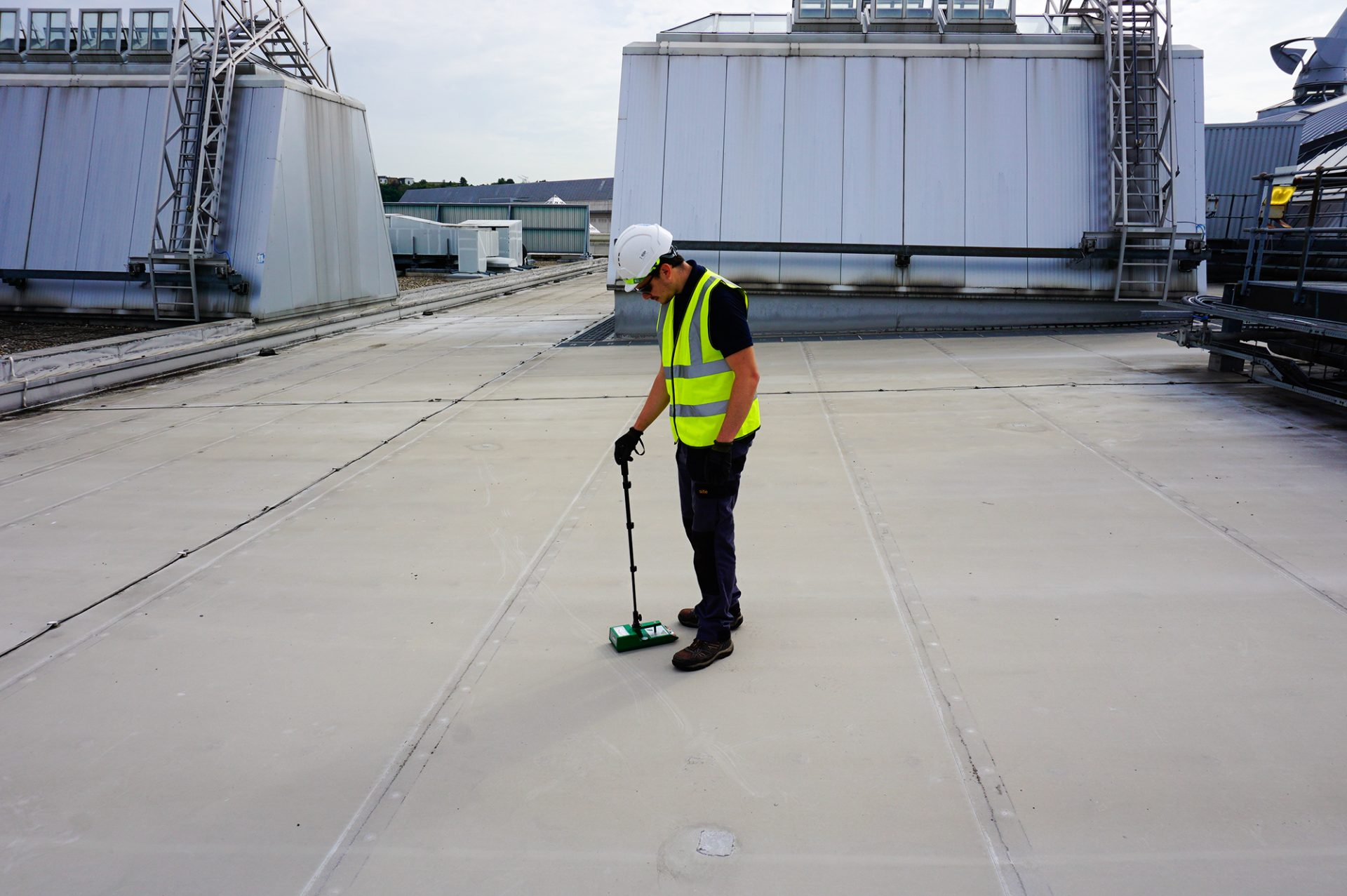 Roof leak detection, as a separate entity to roof consulting, came of age in the late 1980’s.   Until then, it had been a case of fingertip inspection to locate leaks in the waterproofing system.

This process suddenly enabled a state-of-the-art method of detecting leaks, by using the electric conductivity of water and the insulating characteristics of most waterproofing membranes, including roofing felt and mastic asphalt.  Put simply, the equipment was able to detect the points where electricity discharges to earth via breaches in the waterproofing.

Roof leak detection suddenly created a small but certain revolution in the waterproofing industry.  Roofing contractors could determine if any leak was their fault – eg if the workmanship failed – or if there had been damage caused by others.  In this way, they could fix problems easier and earlier, so being assured of payment, rather than the end client hanging onto their money.  This concept quickly developed into integrity testing of new waterproofing systems, which had hitherto been undertaken by flood testing.  That was laborious, time-consuming and environmentally unfriendly.  Additionally, if the roof leaked, there was then no way of pinpointing source.

Other advantages of electronic roof leak detection quickly became apparent.  On older roofs, property owners and managers were suddenly able to have the leak source located, enabling quick and accurate repair.  In the process, the occupants were less inconvenienced, whilst tenants were less likely to withhold rent due to long periods of disruption.  Potential damage to the building fabric was also reduced by cutting down the residence time of water in the structure, so enabling the quicker drying out of vulnerable elements.

Thornton Consulting, under the trade name Leaktector, was at the forefront of this development, being the first consultancy in the UK to offer the service.  It also was the world’s first test house to offer integrity testing, this being at the major Broadgate development at London’s Liverpool Street Station, where many roofs were successfully tested over a 6-year period.