Thornton Consulting was instrumental in the adoption of electronic leak detection testing of newly installed waterproofing membranes by the building industry in the 1980’s, when it was first used on the prestigious Broadgate project in the City of London.

Electronic Leak Detection, otherwise known as Electronic Integrity Testing of Waterproofing Membranes, is a non-destructive test used to determine the integrity of waterproofing systems as a whole, locating any breaches therein.

The wet test method, also known as earth leak detection or “Wet test” relies on the electrically conductive properties of water and the insulating properties of the membrane to be effective. This highly accurate test simply identifies pulsed electric fields of microscopic proportions and homes in on the source with a sensitive meter.

Since its introduction, this has become the preferred test for most waterproofing systems as it is highly accurate in detecting breaches and simple to implement, typically replacing the traditional method of flood testing of roofs.

Roof leak detection is commonly used in new build construction where clients require the peace of mind the roof is watertight before completion of a project. It is also a useful tool in Building Leak Investigations, as one of a number of methods employed to locate the source of water ingress into a building.

Electronic testing is not a catch-all test, even though it is often sold as such. Although this test method is suitable for most types waterproofing, certain membranes are incompatible, such as EPDM. The roof build-up or type of deck may also be a limiting factor. We have developed other techniques for such circumstances. Please call us on 01342 410508 for further advice. 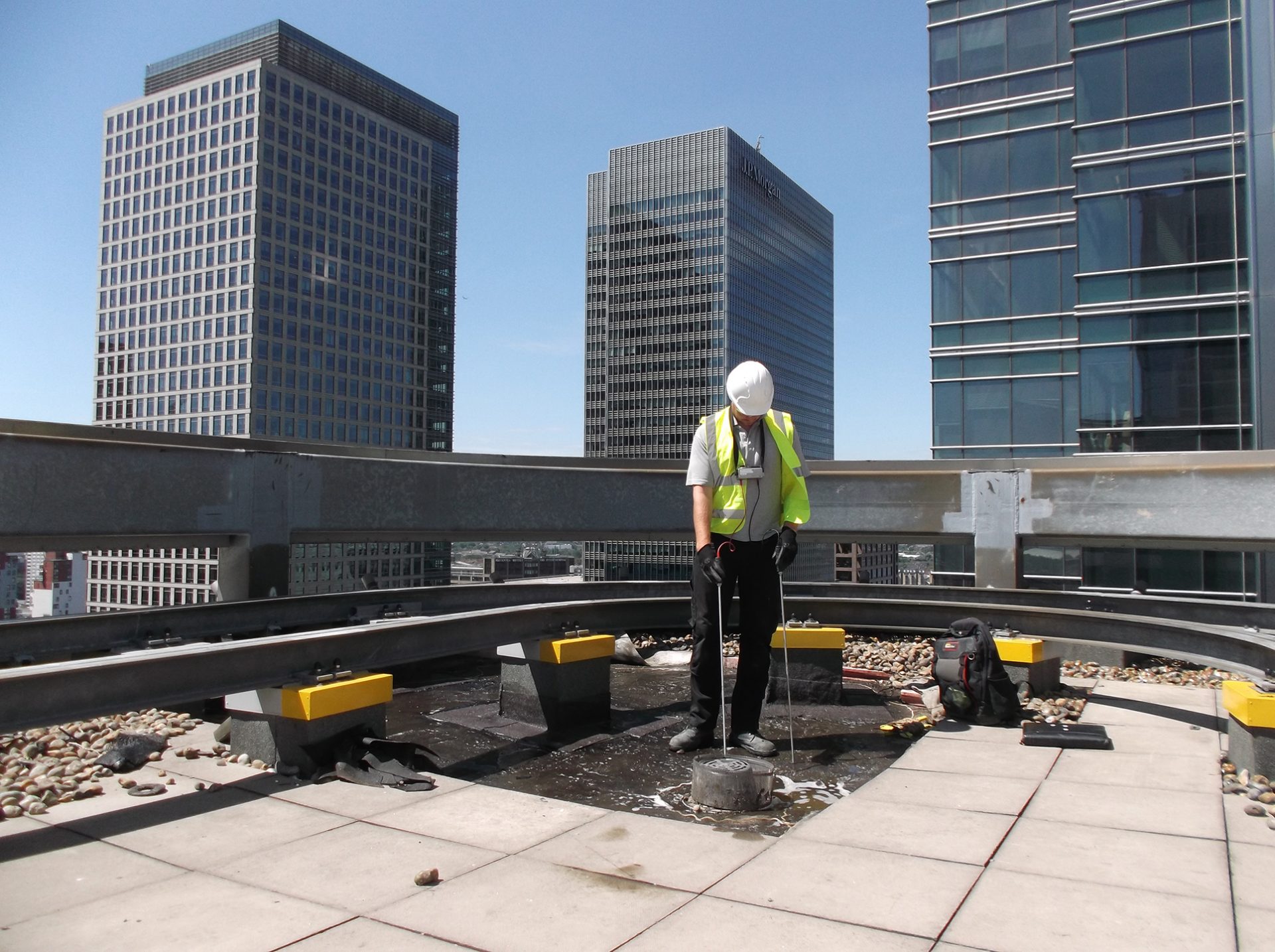